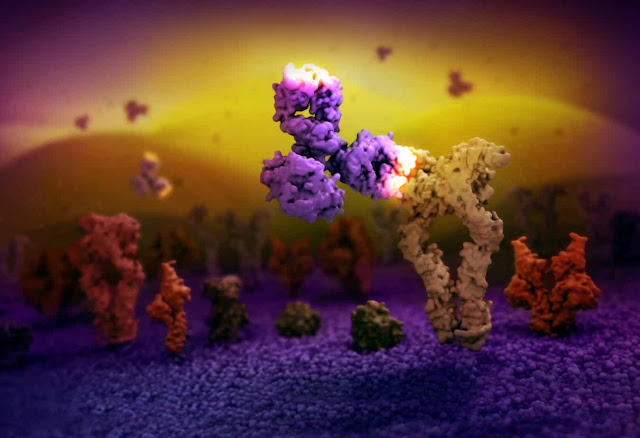 It's been a full month since the last update already, which means there is a big backlog of news to get to.  In order to digest it down a little bit, I am going to tackle the older stuff first, and then get another post out next week to get us back up to date.

If you want to receive these updates directly to your inbox, then all you need to do is click on the link below:
Click Here to Subscribe to ADC Daily

In addition to the articles that I post on LinkedIn, I also have a post which aggregates all of the relevant links that I have found related to the ADC world.  So if you want the full list, you can only get that by subscribing.

There is a ton to talk about today, but I would like to first thank everyone who reached out to me at World ADC saying that they enjoy these articles.  It was a very nice boost to hear that people like these articles.  They end up taking quite a bit of time and energy, so hearing that they are having an impact really helps keep the motivation going.

Also at World ADC,  I was able to give my first ever presentation for Novasep on DoEs.  Thank you to all who were able to attend.  For those who weren't able to attend, the content was eerily similar to the Webinar I hosted a couple weeks back and which can be seen here.  Hopefully they will have me back at the next conference because it was fun being up on stage talking about DoE.

So thank you all.

But for now, lets go to the links

1. The Highs and Lows of Clinical Oncology

There were two major studies released at ESMO this year.  First the good news:

Seattle Genetics and Astellas Announce Results from Phase 1 Trial of Investigational Agent Enfortumab Vedotin in Combination with Immune Therapy Pembrolizumab as First-Line Treatment for Advanced Bladder Cancer
SeattleGenetics
- Mark another success down for SeaGen at ESMO.  71% ORR is pretty impressive, and this demonstrates a steady march towards front line treatment.  There continues to be a significant cohort with heavy side-effects (51% in this study), but it seems mostly managable as only 9 patients stopped treatment so far
Here's a little more context about this release from the team at Biopharma Dive

Unfortunately, we had some unfortunate news over at Immunogen:

ESMO 2019: FORWARD I Study of Mirvetuximab Soravtansine in Ovarian Cancer Did Not Meet Primary Endpoint of Progression-Free Survival
ADC Review
- Esmo is here, so its time for an update on how the current ongoing trials are looking.  And IMGN853 (Immunogens FRa-DM4 ADC) is starting out with a miss.  Based on the presentation at World ADC, the reason is that they used a different method to select the patient population with overexpressed biomarkers.  If they had applied the same method as in the first study, then they would have met their endpoint.  As such, they are redoing the study with the original selection plan

The toughest part of the Immunogen results as described at World ADC was that the company had to choose between spending their existing cash on another Phase III study, or continuing to fund their R&D department.   They chose the former and let go of almost all of their scientific research team.  Hopefully this is only a temporary setback, but I've been part of this side of the industry before, and it's not an enviable position for anyone to be in

2. Have you heard?  Cancer is complex

There were a couple of different stories that all went together describing how cancer is not a static system.  We so often get lulled into thinking about a particular patient having cells with high over-expression of FRalpha as a measurable constant.  But it turns out the reality is a lot more complex than that

'Disconnect the b******s' — one biotech's plan to break cancer cells' unified defenses
Endpoints News
- A new company names Divide and Conquer is coming at oncology from a different angle.  They argue that cancer is difficult to treat because the individual cells can behave in unison almost like an organ in fighting against apoptosis.  Therefore, if you can focus on decoupling the individual cells, then current oncology treatments should be more effective.  It's out there, but maybe effective at the same time?

The complexity doesn't stop there either, with an in-depth look at prostate cancer, this paper discusses the plasticity of prostate cancer and how the changing tumor microenvironment can change receptor availability:

And if all of that wasn't enough evidence of a vastly more complex world than I want to admit to myself...

3. Manuscript update - the very cool and the very scary

Lets start with the cool:

Peptide-Cleavable Self-immolative Maytansinoid Antibody–Drug Conjugates Designed To Provide Improved Bystander Killing
ACS Med. Chem
- Here is a new linker construction with a sulfur bearing maytanisoid payload and a cleavable tripeptide region to enable breakdown within the cell.  The cool part of the paper is that once the sulfur residue is exposed, it becomes S-methylated.  This results in a negligible effect on immediate efficacy, but also an increase in bystander effect after the first cell is dead

Exposure-Efficacy Analysis of Antibody-Drug Conjugates Delivering an Excessive Level of Payload to Tissues
Drug Metabolism and Disposition
- I love this paper.  The team at Genentech did some foundational research comparing multiple linkers and payloads against two different mAb in xenograft models, and then analyzed for both internal and external concentrations of mAb, ADC, and released payload.  Read this one, it's worth the time

Off-target toxicity is a common mechanism of action of cancer drugs undergoing clinical trials
Cancer
- This report is a little bit scary.  These researchers used CRISPR to knock out the putative target antigen on a bunch of molecules currently undergoing clinical trials and showed that in many cases there was no effect on efficacy.  Which throws a little wrench into the whole target therapy idea.  At a minimum maybe this means that researchers should look into CRISPR as the go-to knock out technique above the tried and true RNAi?

But I wasn't the only one to read this paper,  The New York Times published an article about it, so I'll let them tell the rest of the story

Why Aren’t Cancer Drugs Better? The Targets Might Be Wrong
NY Times

I have been following 23andMe for a long time.  Mostly because the business model always seemed a little suspect.  I can't blame them, they were following the model put forth by the Human Genome sequencing team.

Step 1: Sequence entire Genome
Step 2: ?????
Step 3: Cure all diseases!!!!
(Bonus points if you can identify this reference in the comments section)

23andMe basically says, gather data first, figure out profit later.  And 15 years later, they are honing in on the profit side:

23andMe, moving beyond consumer DNA tests, is building a clinical trial recruitment business
Stat
- 23andMe is jumping into the clinical trial game.  Taken along with the emerging trend of biomarker selection of patients, this makes a lot of sense, but is wildly different from traditional methods.  I think we all expected cheap DNA sequencing to revolutionize the pharma industry, and this looks like the start of a long road

And not to be completely alone in the space,  this news pairs nicely with the announcement from ADC T and Freenome last month looking to do something very similar but specific to the ADC space

Partnership Aims to Identify DLBCL Patients Likely to Benefit from ADCT-402
Lymphoma News Today
- One of the trends in World ADC last week was the idea of leveraging biomarkers for patient selection.  In one camp, there is the argument that biomarkers should be the primary selective agent enabling you to be more agnostic to the specific type of cancer.  On the other side, you have the people arguing that biomarkers should be used to target a specific subset of a population of specific cancer patients.  Both sides have their issues: the reality that not all cancers will respond to a treatment in the same way irrespective of biomarker abundance, or significantly reducing the potential patient population, respectively
5. Two last points that I don't want to leave out

Apologies for not thinking of a clever way to integrate these last two points, but both are definitely worth a mention

As Biosimilars Close in for Its Blockbusters, Roche Looks to New Agents to Shore Up Sales
Center for Biosimilars
- Am I the only one who is fascinated by watching the pharma industry handle biosimilars?  It seems so crass to watch the introduction of biosimilars (a nearly unquestioned win for patients) fight against the loss of innovator profits (making those greedy pharma companies the most hated industry in America -see last post).  The story gets more complicated when you think about where the ADC industry would be if it wasn't almost completely funded by those greedy innovators and their exhorbitant prices.  As for me, I am happy to just grab my popcorn, sit back, and watch the fireworks play out

And lastly, to round out with a little more technical content.  How about a little "Inifinite Selectivity" for your analytical analyses?

Proof of Concept To Achieve Infinite Selectivity for the Chromatographic Separation of Therapeutic Proteins
Analytical Chemistry
- Infinite selectivity for biopharmaceuticals sounds pretty good to me.  Call me a bit skeptical until I noticed that Alain Beck was the second author.  In my experience, multiple isocratic elutions seems a little messier in practice than in theory, but if these claims hold true, than this could be the new normal for ADC RPLC evaluation

As I mentioned before.  Thank you again for everyone who commented on this blog at World ADC.  It means a lot to me, and definitely will keep me juiced to keep generating this content.  In fact, I'd like to figure out how to ramp up and get more.  So if you have any ideas, please let me know.  My email is Justin.Sweeley@novasep.com

Otherwise, I still promised two other articles (ADC Payload book review, and non-oncology ADC indications), and I haven't forgotten, so I will focus on those in the short term, but there is more to come.  I have lots of ideas after World ADC in San Diego last week.

Remember, liking these posts is good, and commenting is great.  They help get the articles seen, and the more eyeballs that see them, the easier it is for me to convince my bosses to keep supporting these articles (thanks bosses by the way!).

Have a great week everyone!
-Justin
By Justin Sweeley
Email ThisBlogThis!Share to TwitterShare to FacebookShare to Pinterest
Labels: 5 Things Articles